Listen To Formation, Look For The Signs 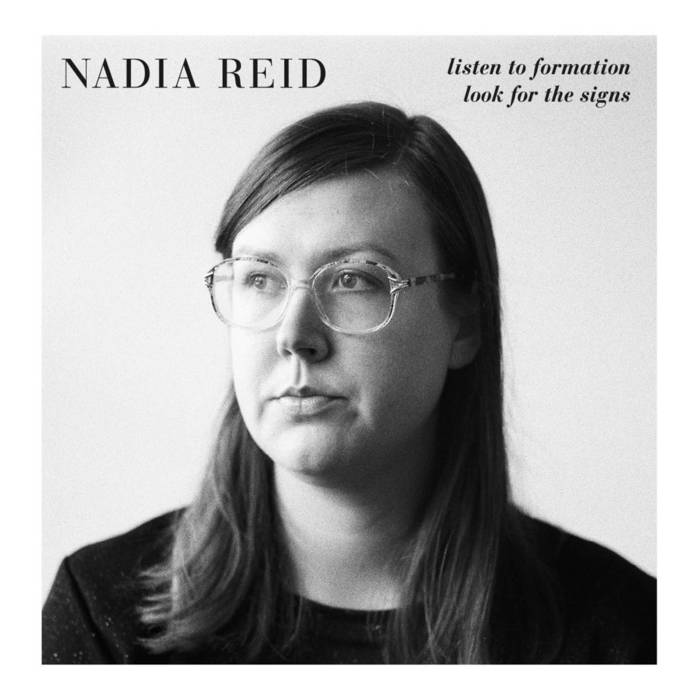 Michael Keerdo-Dawson Lovely little folk/rock album. Confident and heartwarming songwriting combined with a soulful voice and assured instrumentation. One of the most overlooked albums of 2015. Favorite track: Just To Feel Alive.

Nadia Reid’s debut full-length album Listen To Formation, Look For The Signs is the culmination of ten years' writing.

Pitchfork -
"Love is sold on the promise that it's better than any solitary satisfaction, so you might as well bet everything on it, time and time again. On "Call the Days", New Zealand songwriter Nadia Reid cuts to the heart of this deception: "I was happy on my own," she sings in a plainspoken lilt. "I would call the days as they were known." Yet there's no trace of vengeance in her deep, capable voice, and the surface of her gorgeous song remains steady, as a raga-like drone anchors rolling acoustic guitar and languid cello. Instead, like Laura Marling or Joan Shelley, the self-assurance Reid had once cultivated acts as its own safe harbor, turning the event into a meditation rather than a rupture. For a new artist, her confident grace is all the more remarkable…"

New York Times -
"Nadia Reid, from Port Chalmers, New Zealand, is a folkish, slightly country, roots-oriented singer-songwriter. In the words of her songs, love is dangerous, good things are missed or longed for, and habits last a long time; in the music, guitars twang spaciously and the drumming, when present, moves with slow stealth…"

MOJO -
"Every so often a new musician comes along whose music is so of itself, that it feels wrong to trout out the usual 'sounds like' comparisons. So it is with Nadia Reid, who seems to have slipped straight into such an emotionally rich and mature style that it both bellies her age (23), and gives the listener the curious feeling that they have already been a fan of hers for years. But although there is a timeless feel about her music and one can detect a number of influences, this gem of an album is all about originality and new slants on old forms... "

The Guardian
"It took 24-year-old New Zealander Nadia Reid seven years to write the songs for her first album, because “I wasn’t sure how to begin, or if I had it in me.” But this doesn’t sound like an album troubled by musical doubt; Reid’s touch is sure throughout, as is her judgment. Her palette isn’t broad, but it’s expertly deployed…"

NPR -
"Love is knowing what's best for yourself. We grasp at straws trying understand what that is, but even in that knowledge, we betray our best intentions to get stupid about another person. On "Call the Days," New Zealand folk artist Nadia Reid sings, "I was happy on my own / I would call the days as they were known" with a knowing yip, against a droning backdrop of closely mic'd acoustic guitars and longing cello. It's a heartbroken song, but made self-assured by Reid's warm, marbled alto…"

Listen to formation, look for the signs was recorded in July 2014 at the Sitting Room in Lyttelton, New Zealand. Players on this record were Richie Pickard, Sam Taylor, Joe McCallum and Anita Clark.

Bandcamp Daily  your guide to the world of Bandcamp